2 Comments on How Conservative vegans can help animals. 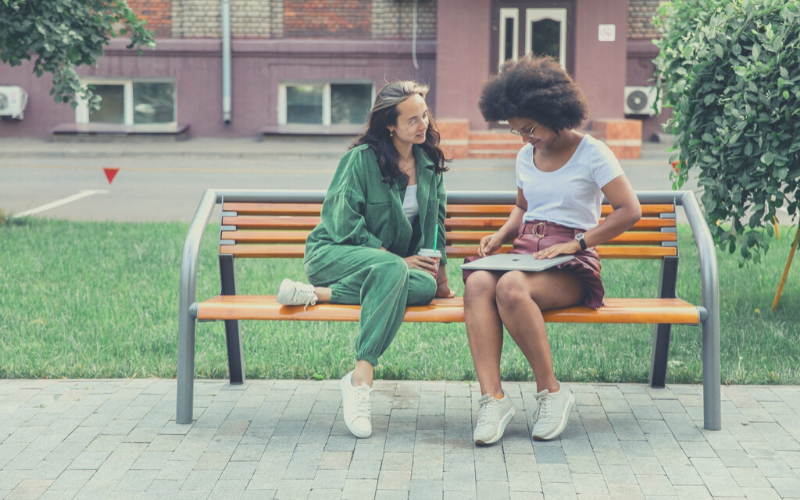 This is something I have wanted to write about for a long time.

If you’ve been reading this blog for a while, then you know how strongly I feel about the need for conservative vegans to join our movement.

It is absolutely crucial that we have as many people as possible not paying for the exploitation of non-human animals. I don’t care who you vote for and what your opinion on the economy is, mate, I just need you to stop killing pigs.

Everything else can be discussed later but that little guy there in the slaughterhouse needs to be the last baby killed for a burger. This is my belief and I firmly stand behind it against everyone who does not agree.

When you create a different definition of veganism – different from what we currently use – you tell pigs and fish that you only want pure, perfect people to abstain from animal exploitation.

You put yourself on a pedestal from which you look down on those you disagree with and you hold us to the standards you created. Most of us will never live up to them, so you will always be better, more powerful.

This approach is not only unethical but also completely ineffective.

Non-human animals have this one movement – or philosophy, however you wish to call it – for themselves. This one fucking thing they have that is about protecting their rights, and you want to take it away.

How human of you.

When you claim that animal rights are human rights, and that LGBT rights and all other rights are connected, you are saying vegans should think about those issues the way you think about them.

If they don’t, they are not real vegans because veganism is now about all issues, no matter if non-human animals benefit from them or not.

But do you see these people ever go to the women’s rights groups and demand they go vegan? You know, since all issues are interconnected and we should all care about everyone equally just the way The Perfect Purist Vegans do.

Do you demand organizations that save children from sex slavery talk about animal agriculture?

What do you really want? Why aren’t you consistent? Is it because you’re full of shit?

Let me stereotype for a bit… you know, the way you do it.

The only way someone can stop being vegan is if they are not vegan.

The only way someone can stop being vegan is if they are not vegan.

Do you hear me? Do you understand?

You do not decide who is vegan and who is not based on things that have nothing to do with what they eat, who they wear and how they entertain themselves.

Conservative vegans can bring more diversity to our movement. If we want animal liberation, we need everyone to go vegan, not just the perfect woke socialist progressives. Everyone.

Unlike The Perfect Pure Vegans, I just care that someone doesn’t exploit my relatives.

It doesn’t mean I agree with conservative vegans, or that I want to be their friend. I do want to see them on my side of the road raising their fists for animal rights, though.

Are you with me in opening my arms to everyone who is vegan, not just those who think and vote like us?

Are you ready to bring down animal agriculture? Are you willing to reach out to those who are different from you but whose heart is set on liberating our non-human brothers and sisters?

We are all in this together.

If you understand where I am coming from and want to be a part of it, please make sure you are following me on Pinterest and Instagram. 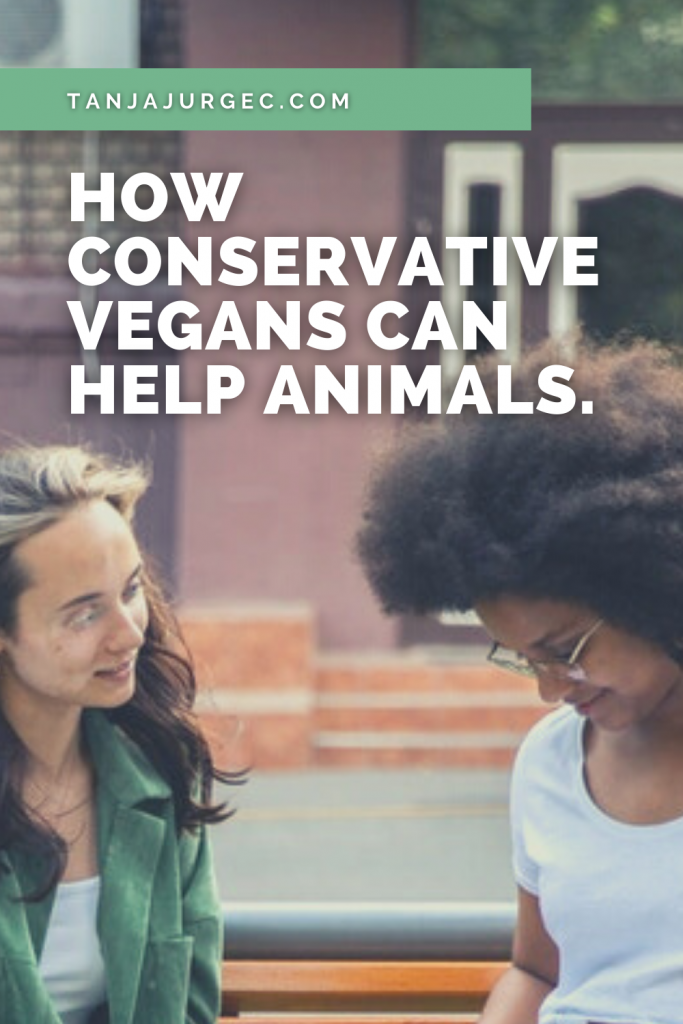