Leave a Comment on Why the vegan police exist (and what they fear most). 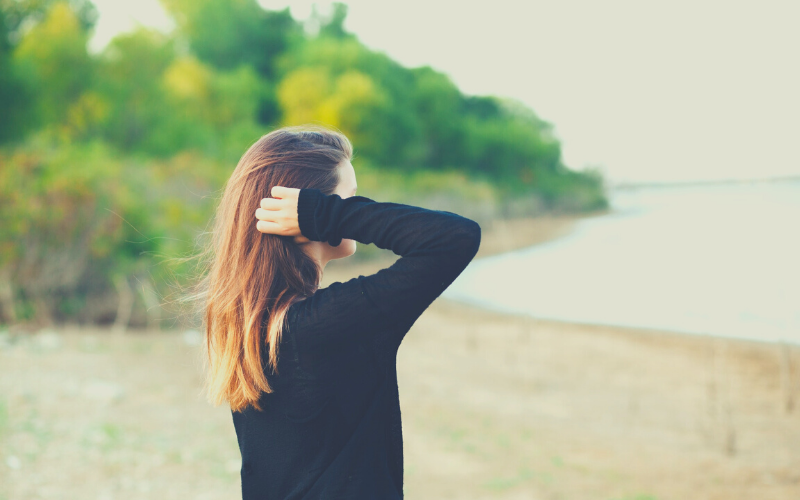 I am not a perfect vegan. I know, it’s fucking devastating.

The truth is, no one is a perfect vegan. We can try and try and try but we will always fail because as Homo sapiens we are bound to fuck up everything we touch.

Nothing escapes us, we are masters of destruction. Of course, we will not achieve a status of a superior vegan who is more moral than the vegan down the street.

I’m thinking about this often lately. I feel like everyone wants to prove to the world that they are a good person, a good vegan, a good advocate. It makes sense if you think about it.

We live in an era where certain groups will stalk your social media just to find something they can use to shame you.

You must be perfect or else…

Vegans are not that much different. We have our own vegan police that will judge your every move and try to convince you that you are a failure.

Among us are individuals who are not vegan for non-human animals. They are vegan to feel superior.

Years ago they found my work and their bullying convinced me that I am right when I say they are here for the wrong reasons.

I consider myself a centrist, not a moderate. That means I agree with progressives on certain issues and with conservatives on others. I am independent, not belonging to a side, a party, or a leader.

So when I shared an opinion about an issue my fellow Europeans were facing in 2016, the vegan police knocked on my door. They were not happy with my stance.

They left one negative comment. Then they left another mean comment. And then they took my “vegan card” away.

In their eyes, I was not one of them anymore and it didn’t matter that I was literally living according to the definition of the word vegan.

What surprises me about this whole phenomenon is that for some reason the vegan police, or the vegan purists as I like to call them, forget that they too are imperfect.

All vegans watch movies and shows where non-human animals are used as props.

All vegans kill non-human animals just by walking and breathing.

All vegans buy products that caused a few hundred, at least, non-human animals to die and/or lose homes.

Who decides then where the line is? Who decides who is not vegan enough, or not vegan at all? Who decides how vegans should vote, who they should hang out with, and what beliefs should they hold?

We do. Vegans do.

Veganism is not leftist, socialist, communist, feminist, or any of other -isms.

Vegan Society’s definition of veganism states that  “Veganism is a philosophy and way of living which seeks to exclude—as far as is possible and practicable—all forms of exploitation of, and cruelty to, animals for food, clothing or any other purpose; and by extension, promotes the development and use of animal-free alternatives for the benefit of animals, humans and the environment. In dietary terms, it denotes the practice of dispensing with all products derived wholly or partly from animals.”

This is the definition that most vegans follow. It is widely used as a way to explain to others who we are, what we do, and why we live according to this philosophy.

Nowhere do I see the rules that state one must be a progressive anti-racist who worships Stalin. Do you?

My whole argument is that veganism must be a philosophy that expands all across the political spectrum. There must come a day when a vegan is just a vegan, not a pawn used to promote a Party, a human rights movement, or a belief in something that is not related to animal rights.

The world will go vegan only when the vegan police ceases to exist and the whole community spends less time talking about our differences and more about our common goals and values.

We look around and want to see the diversity of races and ethnicities, not diversity in how we think. If we could all communicate only through a phone, there would be zero diversity, zero difference between us.

The truth is, the second they allow someone else with whom they disagree to share the vegan label with them, they will have to admit that we are all just humans. Admitting that we are all just apes living in a concrete jungle trying to survive to the best of our abilities, would make us equal.

And being equal to someone whose views and beliefs we immediately reject because we perceive them as threats is uncomfortable.

My conclusion, therefore, is that the reason why the vegan police exist is that they are scared of what might happen if they looked into the eyes of their enemy. They fear what they might see in the reflection.

Themselves. They would see themselves. And that would be uncomfortable. 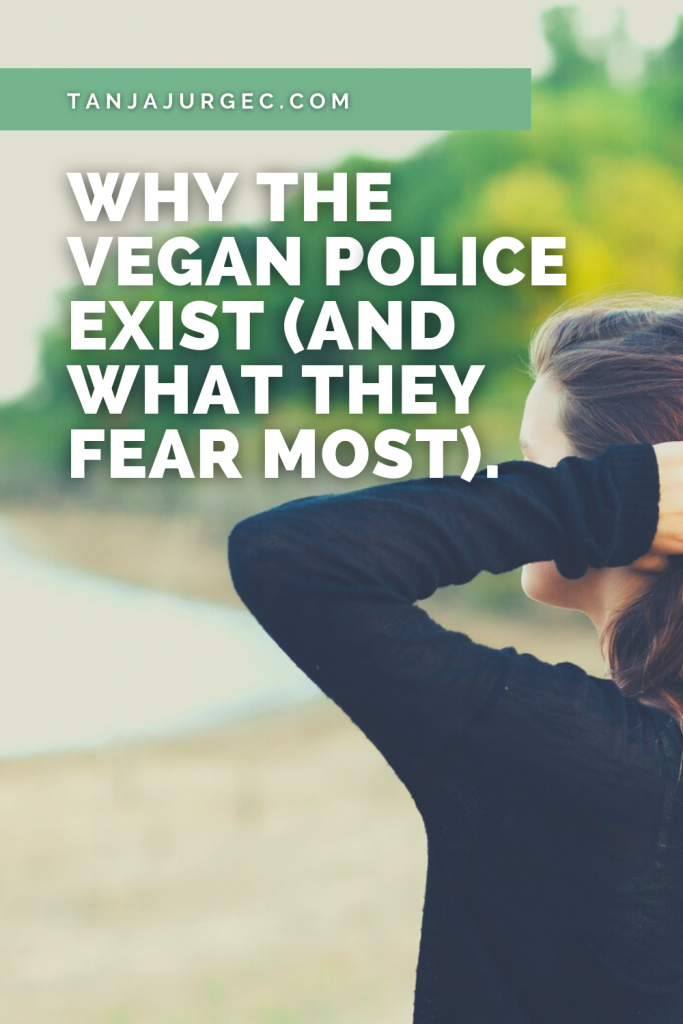