Leave a Comment on All about our plant-based dog (+ what he eats). 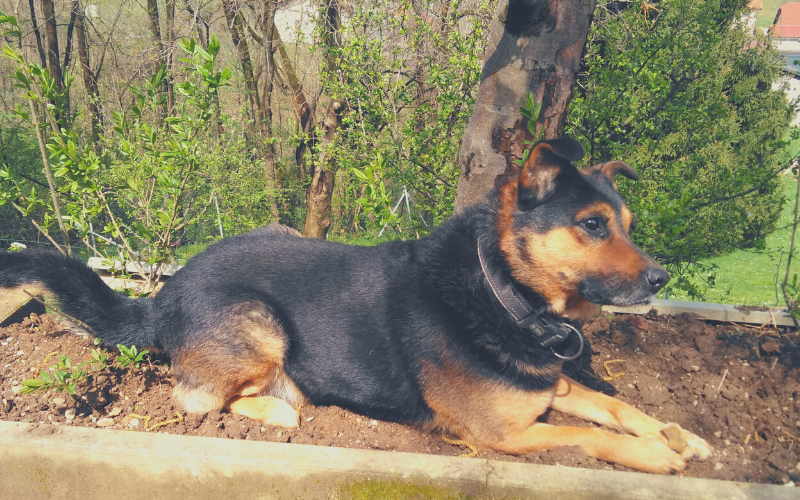 Two years ago I made a decision to start transitioning our family dog Chuck to a plant-based diet.

A few years before that we stopped feeding him canned food because he had problems with his eyes, and afterwards things did seem to slightly improve.

But still, his eyesight was bound to get worse and trying to feed him more plants could only benefit him. I told the news to my father, who is also one of his caretakers, and together we started planning the transition.

Although I knew Chuck loved vegetables and fruit, I was open to going back to feeding him a heavy meat diet. His well being is my priority and if eating plants would harm him, I would just have to accept it.

But his health did not deteriorate and he actually stayed the same healthy dog as he was.

The only thing that changed was his eyes that have gotten slightly better but that might’ve been the eye drops that we incorporated (it was probably the medication, let’s be honest).

Overall, the vet says that he is incredibly agile for his age (he is 10) and he is doing great. He says that every year when he comes to vaccinate him and it makes us even more motivated to feed him a healthy diet.

Chuck is a plant-based dog but he will never be vegan for obvious reasons.

What we eat, he eats. Thankfully, he is not picky and if there are days when he is not happy with the meal he shows us by putting hay on top of it (yes, he is that smart).

From pasta and potatoes to risotto and soups, Chuck’s diet consists of a wide variety of vegetables, fruits, legumes and starches. If we are cooking, he is eating, and excluding green salad he eats everything he gets and licks the bowl to show his love for it.

After a decade of living with him and observing him to notice what he needs and wants, I can guarantee that he has not lost any vigor after changing his diet.

I cannot say what would happen if he was 100% plant-based but with consuming less than 2% of meat monthly, he is not showing any negative signs after two years.

As a German Shepherd mix he is expected to live for up to 15 years and I am amazed at the lack of signs of him getting older. Chuck is constantly moving as he has to walk up the 20 stairs every time he wants to get to his house and the vet said this keeps his muscles strong and flexible.

There is a high chance he will go blind eventually but until then, we will keep his house on top of the staircase and get him to move his body daily.

He is my greatest love and I am honored to be his human mother. He has taught me patience, forgiveness and unconditional love. My heart beats faster every time I see him run towards me when we are playing with the stick.

My life will never be the same after Chuck is gone and I am doing everything in my power to give him everything he needs to live a healthy, happy life. 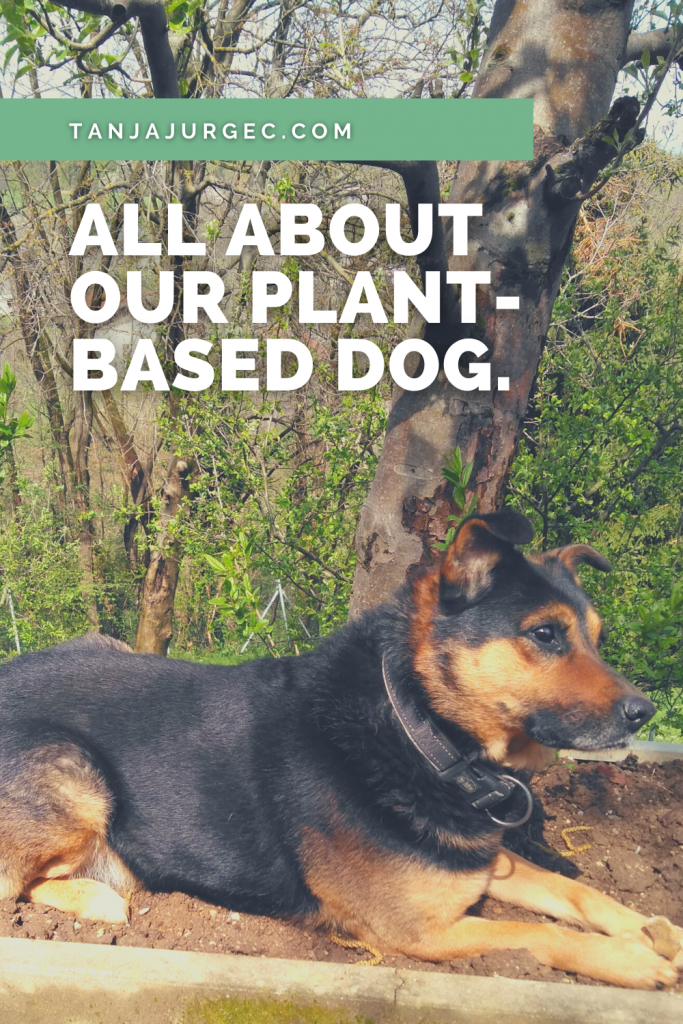